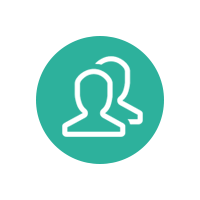 An extensive precipitation database at the 149 km2 Walnut Gulch Experimental Watershed (WGEW) has been developed over the past 53 years with the first records starting in August 1953 and continuing to the present. The WGEW is a tributary of the San Pedro River, surrounds the town of Tombstone in southeastern Arizona, and has a drainage area of approximately 149 km2. Elevation of the watershed ranges from 1220 m to 1950 m above mean sea level (MSL). Average annual precipitation for the period of 1956-2005, as measured with six gauges, is roughly 312 mm, with approximately 60% falling during the summer monsoon. Precipitation consists almost solely of rainfall with relatively rare instances of hail and snowfall. From a historical high of 95 rain gauges, a current network of 88 gauges is operational. This constitutes one of the densest rain gauge networks in the world (0.6 gauges/km2) for watersheds greater than 10 km2. Through 1999, the network consisted of analog recording weighing rain gauges. In 2000, a newly designed digital gauge with telemetry was placed adjacent (1 m) to the analog gauges. Both the analog and digital networks of gauges were in operation from 2000 to 2005 to enable a comparative analysis of the two systems. The analog data were digitized from paper charts and were stored in breakpoint format. The digital data consist of rainfall depths at 1-min intervals during periods of rainfall.